SolarFest relies on the insight and guidance of a dedicated group of individuals with diverse backgrounds in a variety of areas critical to the success of the organization. Each member brings their own unique experience in sustainability, renewable energy, education, thriving communities, festival management, marketing, construction, business management, finance, land use, gardening, farming, the arts, music, event production and a wealth of other lifetime experiences. 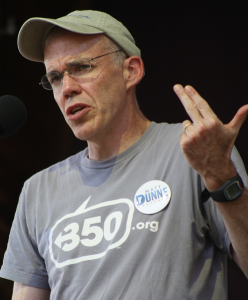 Bill McKibben is an author and environmentalist who in 2014 was awarded the Right Livelihood Prize, sometimes called the ‘Alternative Nobel.’ His 1989 book The End of Nature is regarded as the first book for a general audience about climate change, and has appeared in 24 languages; he’s gone on to write a dozen more books. He is a founder of 350.org, the first planet-wide, grassroots climate change movement, which has organized twenty thousand rallies around the world in every country save North Korea, spearheaded the resistance to the Keystone Pipeline, and launched the fast-growing fossil fuel divestment movement.

The Schumann Distinguished Scholar in Environmental Studies at Middlebury College and a fellow of the American Academy of Arts and Sciences, he was the 2013 winner of the Gandhi Prize and the Thomas Merton Prize, and holds honorary degrees from 18 colleges and universities. Foreign Policy named him to their inaugural list of the worlds’ 100 most important global thinkers, and the Boston Globe said he was “probably America’s most important environmentalist.” 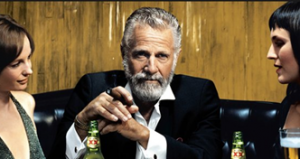 Jonathan Goldsmith is an American actor who began his career on the New York stage, then moved to film and television. He appeared in several TV shows from the 1960s to the 1990s. He is best known for appearing in television commercials for Dos Equis beer, from 2006 to 2016, as The Most Interesting Man in the World.

Goldsmith first established himself as an actor in over 25 Western films. He has made over 350 television appearances in his career, with guest appearances on 45 television series, including Gunsmoke; Adam-12; Knight Rider; CHiPs; Eight Is Enough; The Rockford Files; Hawaii Five-O; Barnaby Jones; MacGyver; Murder, She Wrote; Charlie’s Angels; The Fall Guy; Dynasty; T.J. Hooker; Hardcastle and McCormick; Magnum, P.I.; Knots Landing; and The A-Team. His longest run in a TV series was on Dallas, appearing 17 times.

Jonathan’s work with Make a Wish, Vermont is seen in his TV public service announcements, and has been an advocate for landmine victim support, the Morris Animal Foundation in efforts to prevent and cure cancer in dogs, the S.A.B.R.E Foundation in their mission to protect and preserve the Siberian tiger, and is involved with Free Arts for Abused Children, pairing artists with children in protective custody, and the Stella Link Foundation, calling attention to child sex trafficking in Cambodia. 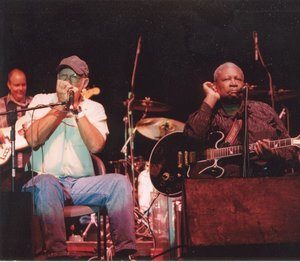 Bob Stannard is an eighth generation Vermonter, who’s been singing the blues and playing harmonica since 1969. He has sat in with; played with and shared the stage with many of best Blues musicians around. He was honored to play with BB King to celebrate the Second Anniversary of the BB King’s in New York City. A week later Stannard joined BB King on stage at the Montreux Jazz Festival in Switzerland after opening the show with Issac Hayes.

In addition to his musical accomplishments Bob Stannard is also a writer. He has written and published two Vermont humor books. He collaborated with Bob Zappa on “Frankie & Bobby; Growing Up Zappa”; the story of the early life of Frank Zappa. He is a contributing author for Bill Mares and Jeff Danziger’s new book: “The Full Vermonty — Vermont in the Era of Trump”.

He is a former member of the Vermont legislature and has been a columnist for a few Vermont papers for over a dozen years. Of all of his various accomplishments the only thing he feels should appear on his epitaph is: “Played the Harmonica reasonably well” 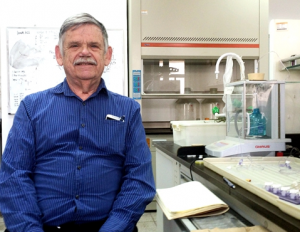 Dr. Melvin T. Tyree is a Professor of Biophysical Plant Ecology and the winner of the Marcus Wallenberg Prize for pioneering research in forestry and forest products. Dr. Tyree’s work gives perspective on the evolution of wood structure and on the distribution of trees in forests around the world, focusing on the architecture and mechanisms of water transport.

Appointed by central government of China in their 1000-talents program, Mel was the first foreign professor to be appointed at Northwest A&F University. He has since moved to College of Chemistry and Life Sciences at Zhejiang Normal University in Jinhua, China. He graduated from Pomona College with a B.A. in Physical Chemistry and holds a Ph.D. in Plant Biophysics from Cambridge University in England.

His storied career includes having been a professor in the Department of Renewable Resources at the University of Alberta in Edmonton, being a Project Manager for the US Forest Service in Burlington, VT., working as an adjunct staff scientist at the Smithsonian Tropical Research Institute in Panama, and serving as Director of the Maple Research Center at the University of Vermont when they began the Adopt-a-Tree program to drum up grass-roots support.

Mel’s background in electronics and mass and energy transfer in plants had direct application to his home. He designed and built a net-zero energy house. His house in Ellenburg, NY, derives all its energy from the sun and wind to power his electric car, ground sourced heat pump for heating and cooling, and all appliances in his all electric house. 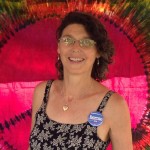 Naomi Bindman, Past President
Naomi first followed the little sun signs to Daisy Hollow in 1996 or ‘97 and has attended most of the SolarFests since, including three years as a volunteer. Graduating from Dartmouth College, and a Masters degree from Harvard, led to her professional career in education as a teacher, counselor and administrator. Since 2009 she has been performing and recording the songs of her daughter, Ellen Bindman-Hicks. Naomi is also an writer, published in VT Digger and Mothering Magazine, and a pretty good baker. 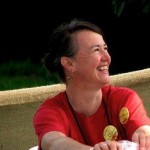 Melissa Chesnut-Tangerman, Past President
A freelance educator and musician, Melissa has filled many roles at SolarFest since 1995: volunteer, Volunteer Coordinator, fundraiser, promotional and grant writer, co-Executive Director, Board of Trustees President, Volunteers for Peace coordinator, director of Theater-in-the-Woods, actor, member of the SolarFest House Band, co-coordinator of Nan’s Kitchen, and more. She is happy and proud to be a part of this unique family/community that has touched so many lives. 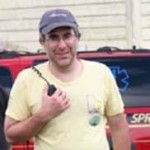 Steve Goldsmith, Past President
A native of New York, Steve escaped to Maine in the late ’80s, where he met his wife Michelle. They currently live with their two kids Sarah and Adam in New Hampshire. He is a technology consultant with a 30-plus year background in telecommunications, computer systems and networking, having spent much of the past 18 years building really big telecommunications networks throughout the northeast that are used by large municipalities, state governments, large institutions and major cellular and national communications carriers. 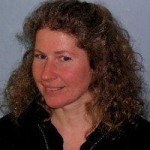 Host of SolarFest at Forget-Me-Not Farm, Melody and her family have been involved with SolarFest since its early beginnings. Mother, equine specialist, animal communicator, farrier, firefighter, organic gardener, flower fanatic, gourmet cook, B&B and premier green wedding site proprietor, and of course wife of the wonderful Tinmouth luminary, Marshall Squier. Melody especially enjoys meeting and working with the Volunteers for Peace who come from all over the globe each year to help make SolarFest shine!

Michael Sorce, Past Vice President
Michael is a founding SolarFest council member and the Technical Director for the SolarFest festival. A graduate of the North Carolina School of the Arts, Michael freelanced as a lighting designer in San Francisco and New York City before relocating to Vermont. He is president and founder of Dark Star Lighting & Production here in Vermont, which provides lighting, sound, video, generator, and production services for the entertainment industry throughout New England. Dark Star is proud to provide professional theatrical lighting, sound and production management for SolarFest since its inception. 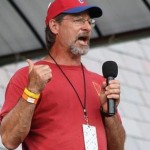 Kevin Kiefaber, Former Trustee
Kevin fell in love with SolarFest the first time he visited, first for the music, then the community, and finally the vision.  He’s been a volunteer for more than 15 years, putting up tents, working backstage, helping kids build solar powered cars, putting up more tents, as volunteer coordinator, as workshop host, and putting up still more tents! As a proud father, school counselor, and clinical social worker, he knows the importance of community connections in bringing about change.  Working with SolarFest is a small way we can all work together to shape the future. 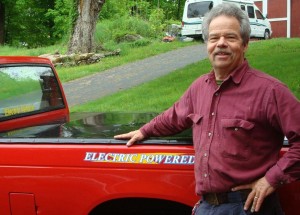 Sadness on the loss of Jeffrey Wayne Skelskie (Obituary)
Jeff passed away at home on February 17, 2019.  He was involved with SolarFest since the 90’s, as a member of the Board of Trustees and Advisor, technician, educator, exhibitor in the energy and transportation fields, and all-around fun participant. Most recently, he ran the information table at the 2018 SolarFest and offered guidance for 2019 planning. Jeff’s knowledge and enthusiasm will be greatly missed.